F4 in Bucharest: Vakifbank in the final

Vakifbank Istanbul will have the opportunity to defend the title of the CEV Champions League 2018 in Bucharest. 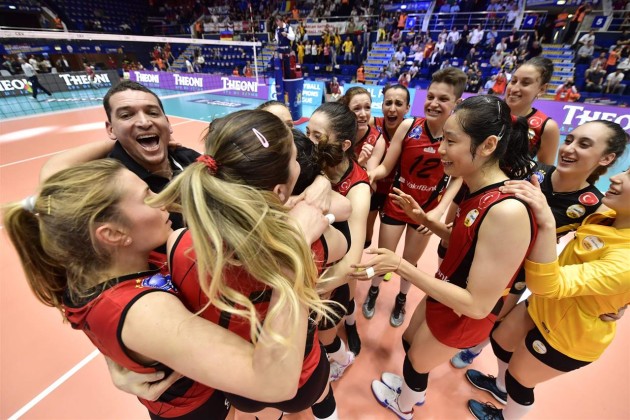 The fifth set crowned the match with more nail-biting action all the way through the end. The tie-breaker itself was a rollercoaster set with the lead switching hands several times, while the players were giving it all up on both sides, especially in defense. Zhu Ting scored seven times in this set to give VakifBank the eventual edge. At second match point for the Turkish squad, Gözde Kirdar ’s hit was initially called off bounds, but a video challenge by coach Guidetti proved the block touch that set off the celebrations on his side of the court.

Samanta Fabris was the top scorer of the match with 28 points for Imoco, while Zhu Ting finished with 24 for VakifBank.

F4 in Bucharest: Historic success of Alba Blaj, Romanian team in the final of Champions League

Zhu is the best!