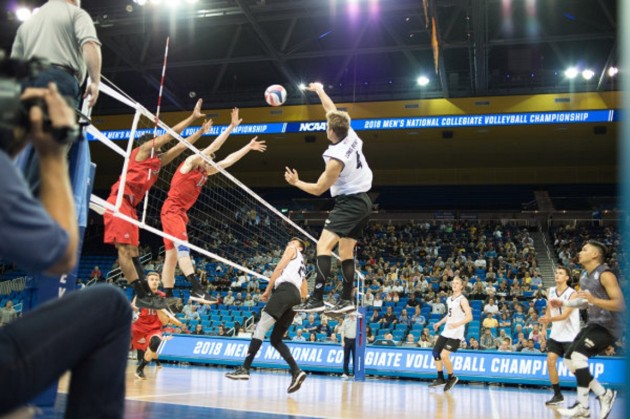 The 49ers will play their seventh NCAA finals (won only one national title, in 1991), the first since 2004, in which they will face Round of 6 hosts UCLA Bruins.

Senior opposite Christian Hessenauer and sophomore from Canada, Daenan Gyimah, delivered 22 points apiece for the UCLA, including 7 and 6 kill blocks, respectively. As a team, Bruins made 22 kill blocks. Freshman opposite from Puerto Rico, Gabi García Fernández, scored 20 points for BYU.

Interestingly, the UCLA seized the NCAA title in 9 of the previous 10 championship matches held at their Pauley Pavilion (only loss was in 2005). Overall, the UCLA will play for their 20th national title.

F4 in Bucharest: Vakifbank in the final

PHOTO OF THE DAY: Rewaaaaaard!