ECH U20 M: Czechs qualify for European Championship, Spain drop their berth to Poland in a thriller

Poland and the Czech Republic settled at the top of their respective third round qualification pools to secure the last two berths for the 2018 CEV U20 Men’s Volleyball European Championship in the Netherlands and Belgium (July 14-22). 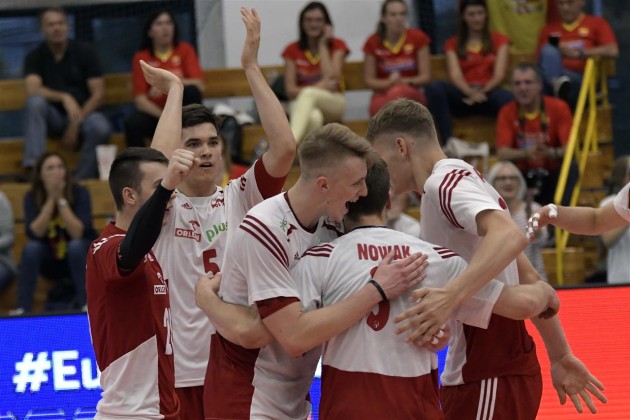 In the last day of the third round of qualifications for the 2018 CEV U20 European Championship, Pool I hosts Poland raised from the dead in a direct duel for the continental championship ticket against Spain, in Żyrardów, as they were two sets down – 3-2 (20-25, 19-25, 25-21, 25-19, 15-11). Spain had it all in their hands as they got a 2-0 and 16-14 in the third set before Poland made a 7-1 run to change the course of the set and, ultimately, the entire game. Remigiusz Kapica, a 17-year-old outside hitter of Polish Division 2 side SMS PZPS Spała, poured in 18 points for the winners who had 69% team’s reception with three players making more than 70% reception. Kapica’s teammate Bartosz Firszt stood out in this segment by making 79%. He also served 6 aces for Poland. The opposite Álvaro Gimeno Rubio top-scored for Spain with 28 points.

A day earlier, the Czech Republic puncher their U20 European Champs ticket in Pool J so beating Serbia by a 3-0 (25-12, 25-19, 25-17) in the last round was only in the name of pride and for the eyes of the home crowd at the gymnasium in Žďár nad Sázavou. The Czechs set up 16 kill blocks as a team with Lukáš Vašina setting up 6 of them. He was also one of the two best scorers on his side with 14 points which was as much as Marek Šotola scored.

Drawing of lots for the CEV U20 European Championship in The Netherlands (Ede and The Hague) and Belgium (Kortrijk) was held in May and by adding Poland and the Czech Republic to it, we get this pools composition: