Argentinean media reported that their No.1 star Facundo Conte might miss the 2018 FIVB World Championship in Italy and Bulgaria in September in case his rehabilitation process does not go according to the plan… 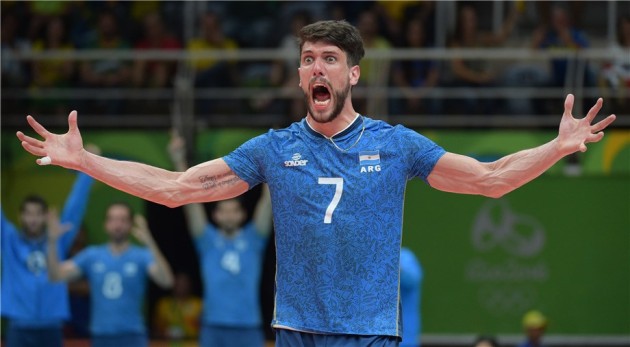 Facundo Conte undergoes special treatment at Argentina national team preparations for the upcoming World Championship which is a consequence of a discomfort that he felt in his shoulder during the 2018 FIVB Volleyball Nations League duel against Italy, Santiago Gabari from Voley Plus reported.

Conte has problems with his right shoulder which he operated in 2013. It became worn during the last two seasons which he played in China due to the fact that a large number of Shanghai’s attacks went through him.

For more than two weeks now, the outside hitter has been working with heavy weights and a few days ago he began to work with the ball. The prediction of Argentina NT medical staff is that Conte will start working almost normally at the beginning of August.

According to the same source, the coaching staff led by the head coach Julio Velasco decided to cross him out of the list of players for the World Championship in case he does not meet the necessary requirements when it comes to the shape and physical condition on time.