The second edition of an annual international tournament, the FIVB Volleyball Nations League, consisting of 16 national teams, will set off tomorrow on May 21 as the Women will break the ice with the Week 1 of a Preliminary Round. The three pools will be played in Europe and one in South America. The United States will start their title defense campaign in Pool 2 in Bulgaria. 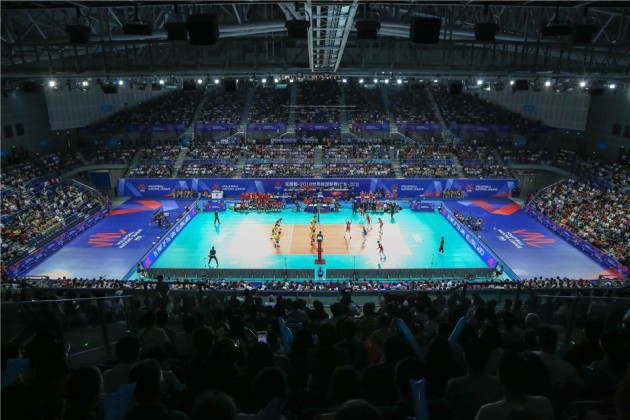 Pool 1 hosts Poland still miss a gold medal at some major world-level competition and the 2019 FIVB Volleyball Nations League might be there chance to climb to the podium. Of course, the competition is enormous, but Poland players are encouraged by winning the 2019 Montreux Volley Masters a few days ago. Poland’s Malwina Smarzek holds a single-game scoring record in the Nations League Preliminary Round by notching 39 against Thailand in the premiere edition of the tournament, on May 24, 2018. Interestingly, two more Poland’s players are the record-holders in the tournament when it comes to Preliminary Rond: Agnieszka Kąkolewska with a total of 52 kill blocks and Marlena Pleśnierowicz with a total of 24 aces. Just like Poland, Germany also wait for their first-ever appearance on the highest spot in the podium when it comes to a major competition on a world level. Italy will start the campaign by having an eight-game unbeaten streak in the stretching from the last year’s edition of the tournament. The situation is completely opposite to Thailand as they lost their last nine matches in the Nations League.

Belgium will have the toughest 2019 Nations League debut as they will face the reigning champions United States with a background of mutual encounters that consists of all three losses to the rivals at major tournaments. How the USA were dominant in the last year’s tournament shows the fact that they won 17 out of a total of 19 matches. The 12 of these 17 wins were in straight-sets, far more than any other team. Bulgaria is the only team that was not present in the inaugural edition of the tournament to appear in the 2019 Nations League, replacing Argentina who finished the 2018Preliminary Round with a 1-12 record. Bulgaria earned a spot in this year’s tournament after winning the 2018 Challenger Cup and will have the youngest squad, along with Belgium, with an average of 22 years of age. If you plan to watch Japan’s matches in the Nations League get ready to see five-set battles as the Asian side played tie-breaks in the last four games in the 2018 edition. Japan will have the shortest squad, along with Thailand, with an average of 1.76m.

Looking at the names of the national teams taking part, this is by far the most competitive pool in the first week of the 2018 Nations League. The rivalry between Brazil and Olympic champions China, who will face each other in the first game in the pool, is huge. These two met at the major world-level competitions 65 times with Brazil prevailing with 39 wins. No other national team in the world beat China more times than the “Seleção“. China has the Nations League single-game scoring record holder in the Final Round – Zhu Ting, who poured in 82 points in 2018. The only gold medal at major world-level tournaments that Russia are missing is exactly in the Nations League and they will start the campaign against the Dominican Republic whom they beat in all 14 matches so far.

The reigning world and European champions Serbia will set off their 2019 Nations League campaign at home, facing the Netherlands in the opening match. Ever since 2016, Serbia started all of their world-level tournaments with a straight-set victory but the Dutch team has always been a worthy opponent to Serbia, beating them by a 3-0 in the 2018 FIVB World Championship which Serbia eventually claimed. The Netherlands also knows how to play openers as they have lost their first match at a world-level competition only once in their last 10 tournaments. Serbia opposite hitter Tijana Boškovic holds a record in the spike’s success rate in the Nations League’s Preliminary Round with 49% in 2018. By finishing the 2018 FIVB Nations League as runners-up, Turkey equalized the biggest success in the history of the Women’s national team (the silver medal in the 2003 CEV European Championship). Turkey played the most tie-breaks in the 2018 Nations League – 7. Korea had a rather strange last year’s campaign in the tournament, as they won four of the first five matches but finished the tournament by losing nine of the last 10 encounters, of which five were straight-set defeats.

INTERVIEW: Exclusive for WoV, Matey Kaziyski – “The idea about national team is behind my back”

Who will win ? Could we see second Finale Serbia-Italy ?