INTERVIEW: Exclusive for WoV, Matey Kaziyski – “The idea about national team is behind my back”

We are bringing you an exclusive interview with Matey Kayizski, the Bulgarian volleyball star. 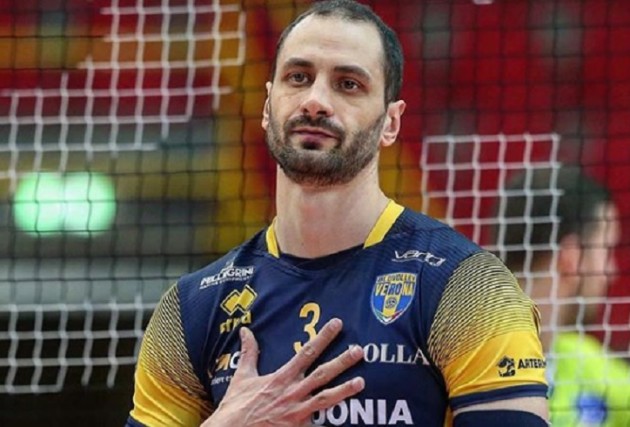 After spending the season in Poland and Italy, he moved to Qatar to play some tournaments while he is considering the offers for the season 2019/2020.

How would you rate the season in Italy?

“The season in Italy was good for me, even though I stayed only 4-5 months having opportunity to play against all teams and to experience all opponents. It was good to confront myself in Italy even if our team’s result was not the best we could do, so overall my stay was positive especially after the early finish in Poland.“

What Verona lacked to make better result in the playoffs?

„Verona had a good team even before I joined it but a lot of injuries caused some troubles and prevented us to make good performances during the first half of the season. Later when I joined we managed to stabilize our game and to start playing better and better. We were a bit behind the other teams in terms of teamwork due to all the roster changes. During the playoffs, we played good but unfortunately, we were facing, as it turned out, the future champions Lube, so although we performed well we lost 2 to 0 and we were early out of the finals.“

„The investments of some of the leading teams during this season was noticeable, great players joined the teams and in my opinion, this is great for the Italian championship. Italian team winning the Champions League is a good proof of the rise in the level of the Italian League, hopefully, this trend will continue for the next season as well.“

Next season, you are returning to Japan?

„There is a good possibility of me returning in Japan next season, we are talking of that possibility now and both sides are positive about it,  but it is too early to confirm it.“

Does it seem the Japanese league is making a progress year by year?

„Japan’s V league is getting better and better, that’s true, the level of the foreigners that play there gets better and better, the teams’ rosters are very stable and the coaching staff gets lots of influence off of the modern methods. It is noticeable the effort that the federation is putting in improving the level of the volleyball especially in light of the upcoming Olympics.“

Many fans in Bulgaria still waiting to see you in a national team jersey. Is there a chance to get back one day?

„From 2012 till now every summer there is a little commotion on the matter will the coach of the team manage to convince me to return back in the national team, and this year is no different in that matter. In earlier years it was a matter of personal decision but from this year is also a matter of physical condition. I am getting older now in terms of a volleyball player and it is not realistic that I compete with the rhythm of the national team. For that reason for me, the idea about the national team is behind my back and there is no turning back.“