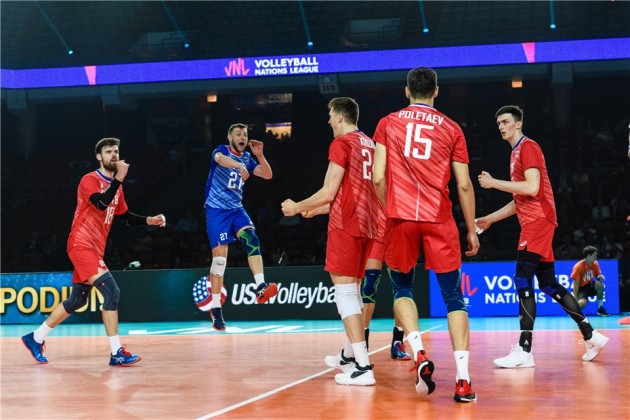 Although it was their first match in the Final Six, Russia (13-3 in the preliminary round, No.3) already secured a spot in the semifinals.

They beat France (11-4 in the preliminary round, No.4) in Pool A in straight sets and, since the “Les Bleus” suffered the second straight loss without having any more matches to play, “Zbornaya” joined the USA in the semis from this pool. Russia and the Americans will take on each other in the last round to decide which team will top Pool A.

Russia established absolute domination in the block (20-7) against France in a rematch of the last year’s VNL final, having as much as 4 players with double digits in the attack. 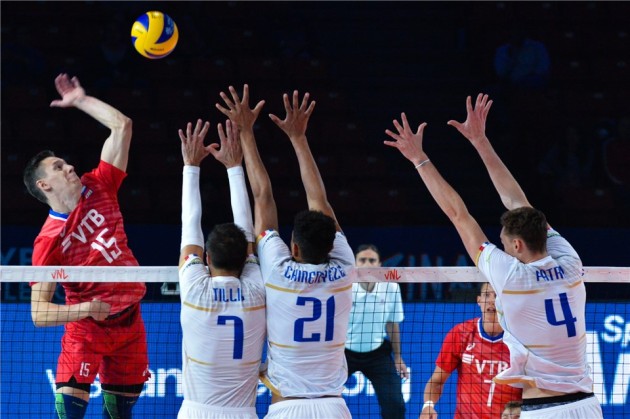 France beat Russia in the preliminary round this year (3-1), but missed 4 starters today compared to that match (Ngapeth, Grebennikov, Le Goff, and Boyer). For the first time since 2015, France will not be in the semifinals of the Nations League (previously FIVB World League).

Ilyas Kurkaev set up 7 kill blocks to become Russia’s best scorer in the match with 11 points! Ivan Iakovlev and Egor Kliuka made 4 kill blocks apiece. Jean Patry was France’s top scorer today with 13 points but with only 10/30 in the attack.