OQT M: France national team appalled by schedule; Tillie – “How can we prepare for this?“

The things are heating up as the start of the FIVB Men’s Volleyball International Qualifier (August 9-11) for the 2020 Tokyo Olympics approaches. There are 2 days left and some participants are not happy with the schedule... 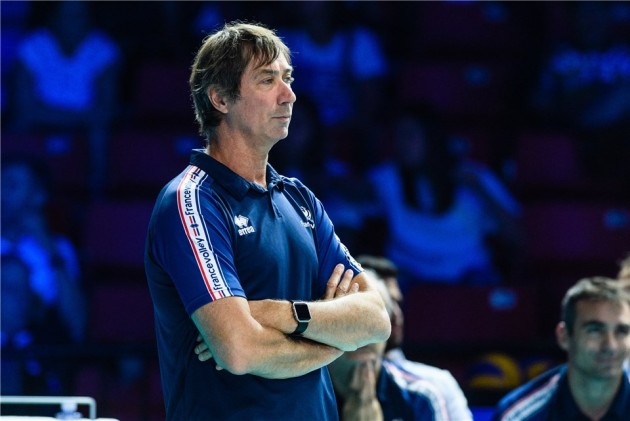 Before embarking for Poland to play the Qualifying Tournament for the Olympics, France national team head coach Laurent Tillie has rebelled against the timetable of Pool D matches that will be held in Gdańsk. “Les Bleus“ will set off the tournament against Slovenia on August 9 at 20:30 C.E.T. before playing again the next day, only 18 and a half hours later (actually 17 hours or less, knowing that their first match will certainly last for at least an hour and a half) at 15:00 C.E.T. against the hosts, Poland, whose schedule is, in his opinion, more favorable. The third match of France, against Tunisia, begins at 12:00 C.E.T.

“How can we prepare for this? The schedule is absolutely unsportsmanlike. It will be necessary to maximally recover and then to immediately switch to the next match. We’re obliged to play our matched whole-heartedly and we’ll have no time to rest,“ Tillie said to L’Équipe.

On the other hand, Poland will play their first match against Tunisia on August 9 at 17:00 C.E.T. which means they will have 22 hours (actually 20 hours and a half approximately) before facing France.

“They did everything they could possibly do! Disastrous training schedules, disastrous game schedules. It is what it is. They organize, they can choose what they want… If we qualify on Sunday, it will be even more beautiful,“ France captain Benjamin Toniutti stated for the French Volleyball Federation (FFV) website.

INTERVIEW: Baranowicz for WoV – “Career of setter starts at age of 30“

OQT M: Drzyzga says León’s under pressure – “He’d like to be left alone“