Day 1 at the 2019 FIVB World Men’s Volleyball Cup in Japan was filled with surprising results! 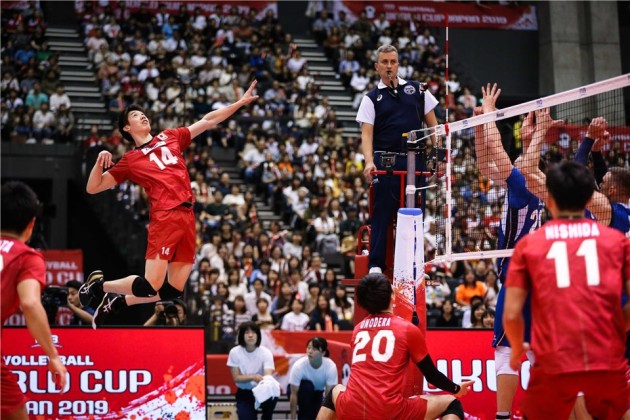 The hosts Japan made the biggest upset at the start of the 2019 FIVB World Cup! The Asian side recorded a clear victory over the weakened Italian team, who came to the event without stars like Zaytsev, Juantorena, Piano, etc. Still, this fact does not diminish the play of Japan in the match that was held in Fukuoka: 3-0 (25-17, 25-19, 25-21).

The home squad had an absolute leader on the court, embodied in Yuki Ishikawa. The Japanese superstar scored 19 points through a 76.2% attack success rate (16/21)! The debutant in Italy National Team, the Dutch-born Dick Kooy, was the top scorer on the other side, along with Gabriele Nelli, with 12 points.

Argentina stunned the defending champions USA in Fukuoka! Despite coming to the World Cup with a roster that is a mix of the 2019 Pan American Cup silver medalists and some more experienced players who were involved in booking the ticket to the 2020 Tokyo Olympics, Argentina National Team beat the United States by a 3-2 (25-21, 25-20, 19-25, 21-25, 15-12). The USA brought their best team, which really makes this defeat quite an upset.

Martín Ramos led Argentina to the revenge over the North Americans for a defeat in the final match of the previous edition of the tournament with 20 points (73.9% attack; 17/23). Aaron Russell scored 18 for the USA. 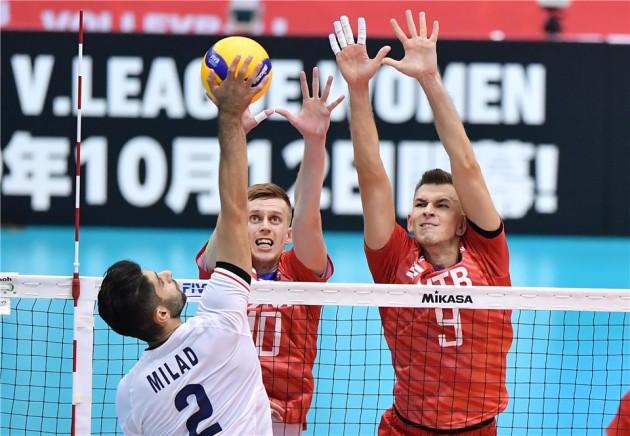 Despite having trained only once prior to the World Cup, Russia beat the almost strongest possible composition of Iran by a 3-1 (25-21, 25-18, 24-26, 25-22). Both teams came to the event in Japan after completing exhausting continental championships. However, Iran National Team was far more successful, winning the gold medal, while Russia was eliminated in the quarter-finals.

The “Zbornaya“ came to the World Cup with an alternative squad (no Butko, Mikhailov, Volkov…), while Iran only miss starting middle blocker Seyed Mousavi who stayed home due to injury. However, Russia proved to be a better rival in the match that was played in Nagano.

Without Wallace in the roster, Brazil swept Canada in straight sets. Egypt shocked Australia (3-1), while Poland (without any of the 14 players from the 2019 EuroVolley, but with Kurek in the squad after a long time) easily downed Tunisia.

INTERVIEW: Matijašević for WoV – “Thanks to 24-team format, volleyball will be more popular in many countries“

Four (4) competitions during an international volley season is too many for sportsmen, but also for eyes of screen fans. However there is a big difference between Europe and America… Why? VNL, QOG, WCup are same for the every participant NT… The huge difference is in European and South, and North America Championships… Compare (24) a very strong NTs on ECh, with ( 8) NTs on South America (there are only 2 strong NTs), and (8) NTs North America (only 3 are strong) . Ironically – for OG will qualify in a next phase only 1 NT from Europe, 1 NT from South and 1 NT from North America… Three problems – a calendar, a qualification key and a recognisability of this ball should be solved asap. It seems all issues have one origin…
One result we can observe now during the World Cup – smart coaches from Italy, Poland and Russia have to save the most experienced and tired players and give them a short rest…

Another difference between European and American S/N Championships: European Ch is always taken for ALL NTs as a priority.. The best players have been on the team rosters… On another hand, it has not been the same on S/N American Championships, at least this year. See on Internet, the strongest teamś rosters there, where many top players were missing and resting… Result of that we can observe on performances on this World Cup…
Moreover the key which is used for OG, is similar here 1:2, Europe v America in World Cup.. There are from CEV 2 NT vs from CSV are 2NTs plus from NORCECA are 2 NTs…Therefore we miss here strong NTs from Serbia, or Slovenia, or France , or Netherlands, or Belgium, or Germany etc…