VNL 2021 W: Chinese national team on the way to VNL in Italy 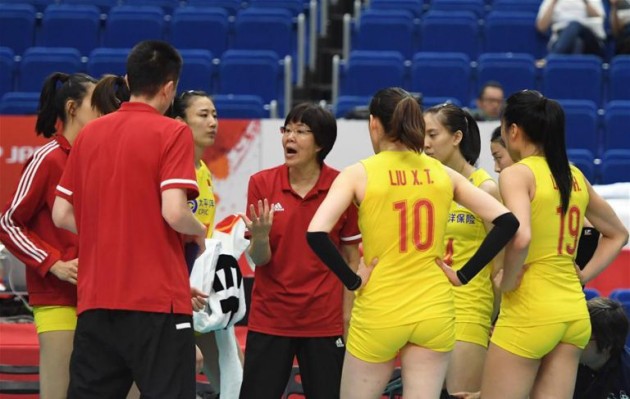 The Chinese delegation led by the legendary Lang Ping has 22 members, among them 13 players, but unfortunately Zhu Ting and Yuan Xinyue are not part of the team for now.

As we previously published, China National Team will be presented in the VNL 2021, which will be held in the Rimini bubble, with only 13 players for the first part of the competition and without its biggest star Zhu Ting.

As the head coach Lang Ping explained, the first half of the VNL will be used to evaluate the condition of players that are summoned while, in the second half, she will add a few more players, most likely those whose condition doesn’t require assessment. Zhu Ting, Li Yingying, and few more big names are expected to be among those, even though it wasn’t confirmed.

Despite the fact that 2021 VNL is organized in a safe environment, the growing situation with COVID-19 still raises serious concerns. After announcing a possible withdrawal from the competition earlier this month due to more than 20 positive COVID-19 cases in their team, Thailand was allowed to make changes to its roster, and the revised team went to Italy as all members were tested negative.

The VNL kicks off with a women’s event on May 25 when the Netherlands will face Belgium in the first of a total of 248 games for both genders in more than a month.

The men’s competition in Rimini starts on May 28 when France will play vs. Bulgaria in the opening match.

The women’s semifinals are scheduled for June 24, and medal matches follow on June 25. The men’s competition culminates with a semifinal on June 26 and two medal matches on June 27.