The International Volleyball Federation (FIVB) made several important decisions at the 35th Congress which was held in Buenos Aires, Argentina. 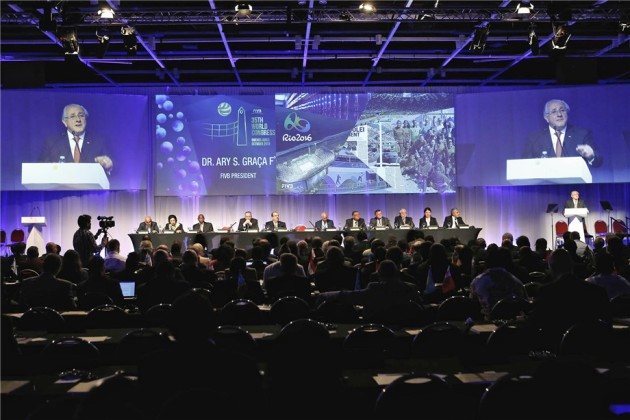 After reviewing progress under re-elected President Dr. Ary S. Graça F°’s vision for the federation, the FIVB members proposed Punta Cana, Dominican Republic as the venue for the next Congress on October 27-28.

The FIVB increased its membership to 222 federations by approving Kosovo (partially recognised state by the United Nations settled in Southeast Europe that declared independence from Serbia in 2008) and South Sudan (country in East-Central Africa that gained its independence from Sudan in 2011). President of the Serbian Volleyball Federation said to the delegates during public voting that this organization abstains on the issue of Kosovo acceptance into the membership.

ITA M: Micah is back! Watch this beautiful play of Lube setter (VIDEO)