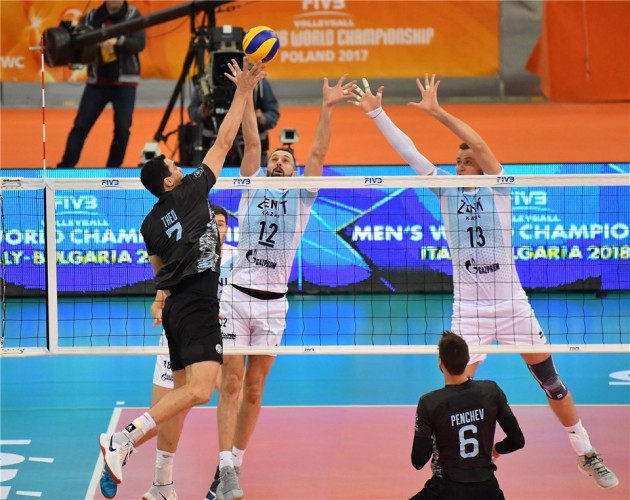 The players coached by Vladimir Alekno established an absolute domination over Argentinean powerhouse from the start of the match, giving them a chance in the second set only (6-6, 12-12) before making a two-point gap on the second TTO 16-14 and a five-point advantage soon afterward 21-17. That was the end of Bolívar’s hope at the tournament’s opener.

Maksim Mikhailov scored 18 points to become the best scorer in Zenit while Aleksey Samoilenko set up as much as 8 kill blocks! In Bolívar, the Brazilian Théo Lopes was the closest to making double digits – 9 points.

MAIN ROUND / POOL A

MAIN ROUND / POOL B