Brazil finished Week 1 in Barueri with a victory over Serbia. 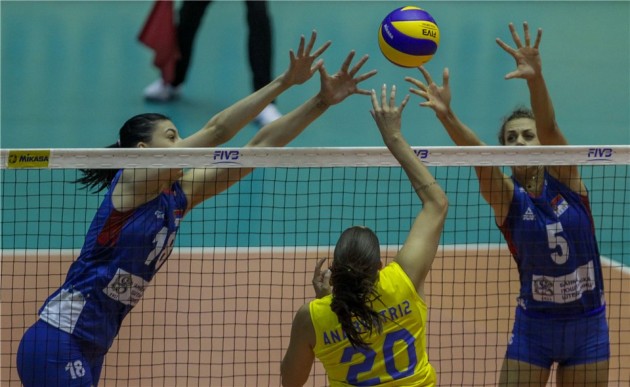 After Serbia lost the third set, coach Branko Kovačević gave the chances to all players from the bench. On the other side, the home team played on the high level and deservedly won this game.

After Week 1 Brazil have 6 points and currently are in the 4th place while Serbia are the second with also 6 points.

Interesting three out of 4 best scorers of the match are middle blockers. Ana Beatriz Silva Correa led Brazil with 18 points (8 blocks) followed by Tandara Caixeta 14 points,  Adenizia Da Silva put 6 blocks while on the Serbian side, two middle blockers finished the match as the top scorers of the team with 13 points each, Mina Popović (7 blocks) and Jovana Stevanović (5 blocks).