Serbia came out ahead of Russia in a spectacular tie-breaker in the 2018 FIVB Men’s Volleyball Nations League Week 2. 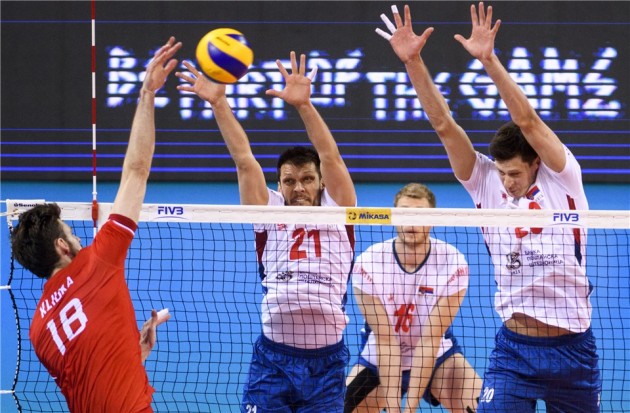 Just like yesterday when they trailed 2-1 to Pool 5 hosts and made a comeback, Serbia were 2-1 down against Russia on a Day 2 in Sofia before turning things around into their favor – partially 20-25, 25-23, 25-23, 22-25, 15-12. The tie-break was for volleyball gourmets! Serbia got everything under control until 10-7 when „Zbornaya“ made a 4-0 run to take an 11-10 lead. Thanks to a couple of superstrong serves from Dražen Luburić and a kill block from Srećko Lisinac, Serbia galloped to a 3-0 sequence at 12-12 to close the match. Luburić routed the winning side with 29 points while Dmitriy Muserskiy scored 23 points (5 kill blocks) for Russia.

Bulgaria got stunned in front of 5,000 own fans in their volleyball temple Arena Armeec by Australia – 3-0 (25-23, 25-23, 26-24)! The home side had the chance to avoid such a heavy loss but they failed to finish off „Volleyroos“ at 24-22 in the third set. Lincoln Williams top-scored for Australia with 15 points. Nikolay Uchikov notched 11 for Bulgaria. 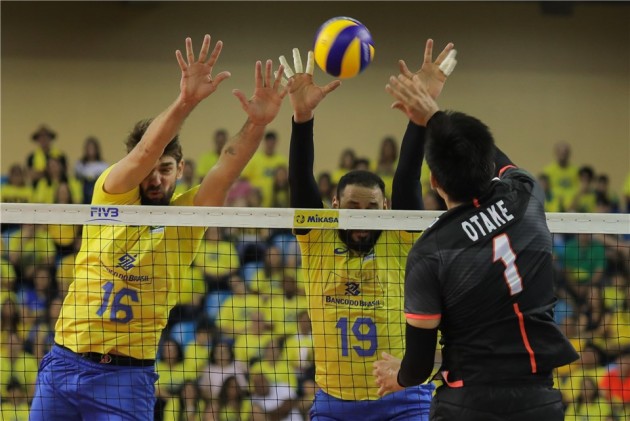 Brazil scored their fourth win in the Nations League despite playing the second game in the tournament in less than 24 hours. The current Olympic champions beat Japan, who may have missed an opportunity to bring off a dose of uncertainty in the match by dropping a 12-9 in the opening set, in straight sets, partially 26-24, 25-19, 25-20.  Knowing the fact that Japan had only one player whose height reaches 2 meters or more in the lineup (Issei Otake 2.01m) and a setter Masahiro Sekita who is 1.75m, the Asian side did not stand a chance in a duel against pool hosts. On the other hand, Brazil overcame the fact they played their second match in the tournament in less than 24 hours. At the beginning of the third set, the game in Goiânia was interrupted for nearly 40 minutes due to a blackout in the gymnasium caused by an overload on the generator. Wallace de Souza top-scored for Brazil with 15 points. Issei Otake made 13 for Japan.

The U.S. national team remained unbeaten even after 5 rounds. Despite playing South Korea with a combined lineup, the North Americans did not have major problems against the rivals – 3-0 with 15 points from Jake Langlois.

Not even playing in front of own crowd in San Juan did not help Argentina chalk up their first win in the tournament. They were outplayed by Canada in four sets. Stephen Maar highlighted the winning side with 18 points. Ryan Sclater made 4 kill blocks. Canada’s best scorer was involved in a verbal exchange with Facundo Conte at 10-10 in the third set after making in-your-face point celebration through the net on Argentina’s star. The situation was calmed by Canada’s Cameron Bann. Conte top-scored for Argentina with 23 points.

Poland joined the USA at the top of the rankings with a 5-0 record and these two teams will enter Week 3 as undefeated. At home in Łódź, Poland prevailed over China in three – 25-19, 25-18, 25-21, but after wiping off 1-5 in the second set. Artur Szalpuk poured in 16 points for the winning side, while Jakub Kochanowaski recorded 5 kill blocks. Jiang Chuan made 18 points for the Asians.

France scored a comfortable 3-0 win over Germany with 10 points from Thibault Rossard who launched a 126 kmph serve in the first set, coming close to tie an Olympic record.