The Week 5 which is also the last round in the pool’s stage, has been started and this matches will decide which teams will join China and USA at the Final Six of the FIVB 2018 Volleyball Nations League – Women. 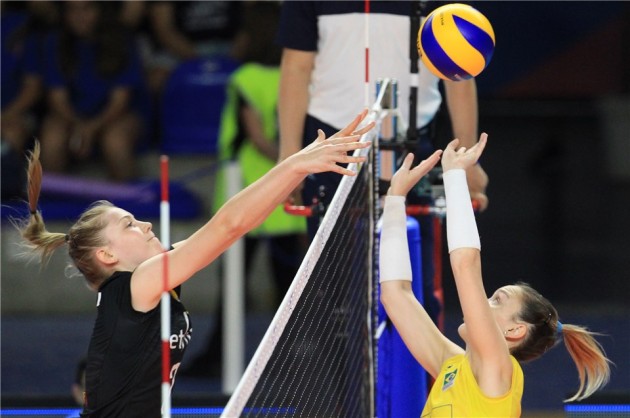 Brazil will play at the Final Six of VNL in Nanjing after they scored the 11th victory and today against Yellow Tigers.

Tandara Caixeta was the main star of the match although that she was on the bench most time of the match and when she returned on the court she scored 15 points which helped Brazil to reach new three points.

Amanda Campos Francisco and Ana Beatriz Correa won 11 points for Brazil while talented Belgian attacker Britt Herbots showed a phenomenal performance on the other side of the net. She managed to put Brazil into all sorts of trouble and scored 21 times for Belgium to top the charts of the match. 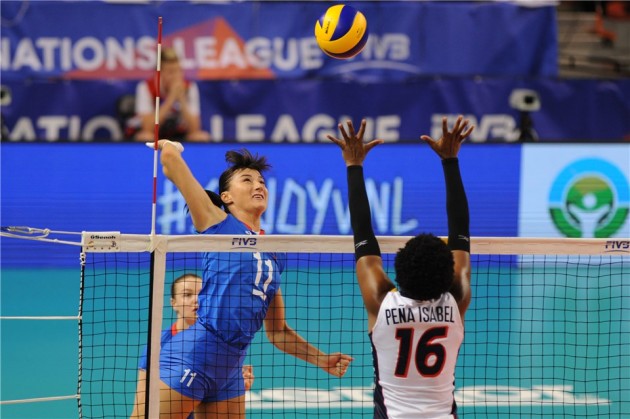 After three defeats in a row, Russia finally scored new three points. Today in Walbrzych, Russian girls outplayed “Queens of the Caribbean“ who are suffered the sixth consecutive defeat.

In a rare situation for a winning team, no player reached double figures in points, with Anna Kotikova, Olga Biryukova and captain Lyubushkina scored 9 points each. On the other side, Brayelin Elizabeth Martinez finished the match with 12 points which are now 208 points in total in VNL and for the fifth place of the best scorers. 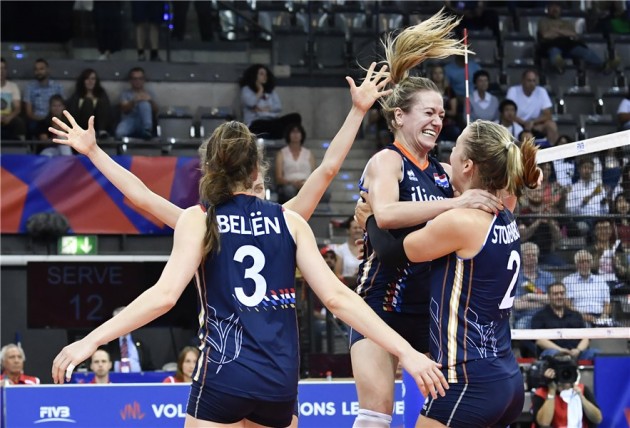 In the most important match of Week 5, the Netherlands secured the big victory over Turkey or better say the student defeated the teacher (Jamie Morrison – Giovanni Guidetti). This match was very weird considering that the Dutch girls led 2-0 in the sets and that the next two belonged to Turkey. The tie-break was the real picture which team had a bigger desire and more energy for victory.

After this match, the Netherlands are with 10 wins and 3 defeats while Turkey with 9-4.

Lonneke Slöetjes was the best scorer of the match with 24 points (also the best blocker with 4 bl) followed by Anne Buijs who scored 15 points while Hande Baladin scored 17 points and Meliha Ismailoglu 15 points. 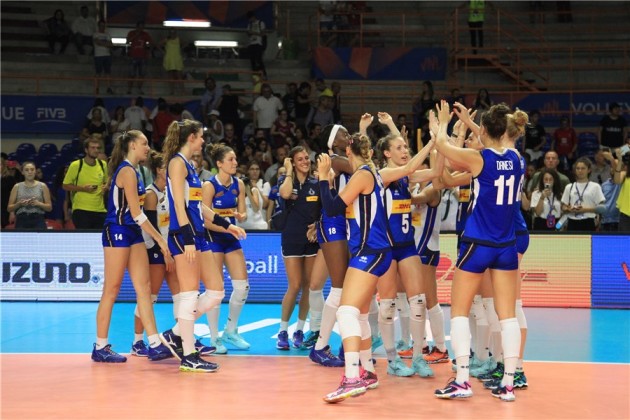 Italy continued with a positive row in VNL. Against Thailand, they scored their 8th win but the sixth in a row. They still have the chances to jump in the first five teams but they need to go step by step.

Today Italy dominated in the block and we can say that it was the key in the match. Italian girls scored 13 points from this element while Thai team was without a block. Elena Pietrini scored 4 blocks and in the same time was the best scorer of the match with 14 points while Ofelia Malinov put 3 blocks and the others put 6 more. Lucia Bosetti was the second-best scorer of the team with 13 points.

On the Thai side, the whole team scored 25 points and Chatchu-On Moksri was the best with 8 points. 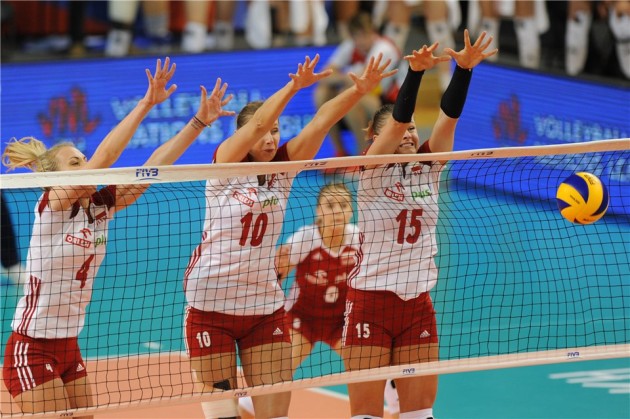 Malwina Smarzek led Poland to their seventh victory in VNL and continued good row of the wins (5). The Polish bomber scored 33 points while Smarzek finished the match with 16 points and Agnieszka Kakolewska with 14 points. On the Japanese side, Sarina Koga finished on the top with 19 points while Haruyo Shimamura scored 14 points with 6 blocks.

Poland had won 10 of their last 14 world level tournament matches on home soil. Smarzek now past 300 points and extended her lead at the top of the women’s scoring charts (84 ahead of 2nd place Boskovic). 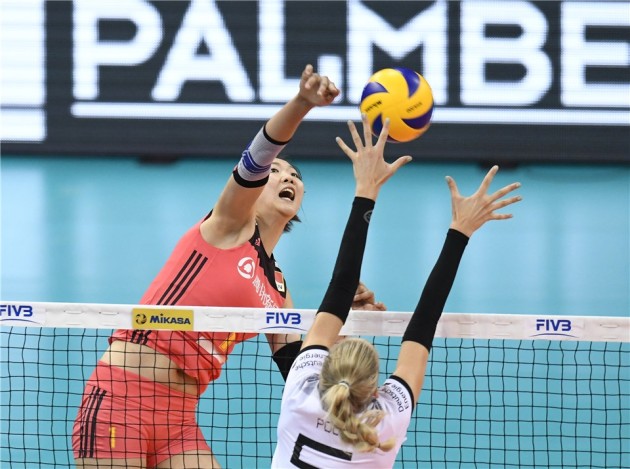 After a long fight, China came to the new victory. Although Germany led 2-0 in sets the Olympic champions didn’t give up. They won the next three sets and scored the 7th win in VNL.

Amazing play by Bojana Milenković and Ana Bjelica helped Serbia to a very important victory over USA and secured the ticket for the Final Six in Nanjing. Serbia, who played in the mixed roster, outplayed the favorites in the VNL who after 10 wins suffered the second defeat in the competition. 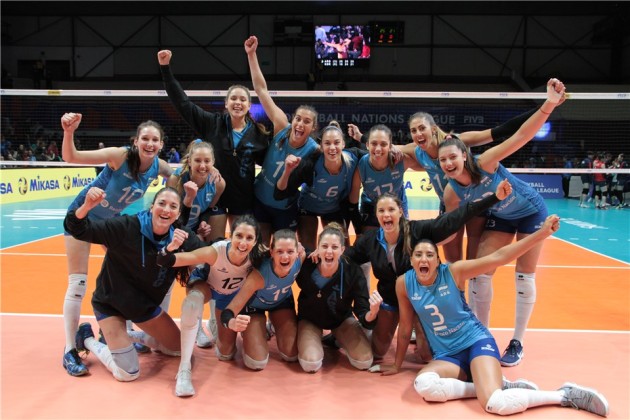 And finally, Argentina scored their first win in VNL! Paula Yamila Nizetich led her team to a straight victory over Korea and the whole spectators in Santa Fe were satisfied. Jeong-Ah Park scored 17 points for Korea and was the best scorer of the match.

Argentinian captain Yamila Nizetich said after the match: “We knew the key was in having a good service in front of a team that defends a lot. We committed a few mistakes and made them have more than us. I think that was the most important thing. The fans were awesome and we felt like we had an extra player on our side.”

Olympiacos hire outside hitter from fierce rivals PAOK, Friedrichshafen renew with both opposites

This is the first time I see a team outplayed another in a 5 set game…
It seems people are finding hard to come to terms with Turkey’s unexpected emergence..

Only 17 hours stayed until the first...