After another tight match, France finished the FIVB World League in good shape with a 3-1 victory over Argentina (25-23, 25-20, 22-25, 25-19). Read more about latest volleyball news, games reports, and statistics on WorldofVolley. 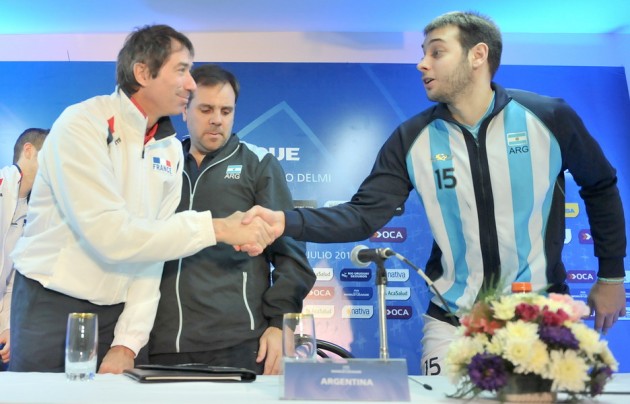 “I think the match was very similar than the one yesterday, but we had a stronger mentality in the fourth set to close it,” said France’s captain Benjamin Toniutti. “We’re happy because we won five of the last six games and now we will get ready for the European Championship”

“I want to congratulate France for the way they played, specially in the first two sets,” said Argentina’s captain Luciano De Cecco. “We are now focused on training very hard this next week in order to improve for the Finals.”

“I’m very proud of my players, because they were great in this last part of such a demanding tournament as the World League, with lots of travelling,” said French coach Laurent Tillie. “As my captain said, now we’re going to rest and prepare for our continental championship. I also want to wish Argentina the best luck for the Finals in Mar del Plata.”

“I agree with France that was a very similar game,” Argentina’s coach Javier Weber. “Of course I’m not happy for losing nine games in this World League, but we are going to learn and analyse this a lot. If we want to be among the top teams in the world, we need to be stronger-minded and learn to take our chances.”