Finally, after such a long time and so many stories included in "Earvin N'Gapeth saga", wonderkid decided to speak up! He had enough off it all and had to do it like this, because everything we heard from Eric and Kuzbass is only one side of the story. 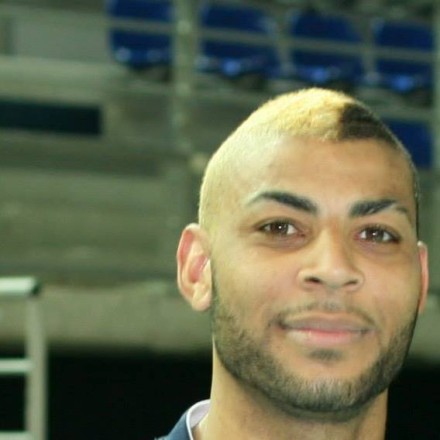 “I don’t like to exposse my private life in public, especially on social networks, but with so much going on I had no choice but to do it. I have decided to break my contract with Kuzbass Kemerovo after thinking about it form the first day I arrived in Russia. Only term that I have put in front of the board when I was signing contract is for my baby to be born in Kemerovo. Still I learned that because of the language barrier it would be close to impossible.” Earvin explains how problems started.

“Board repeatedly tried to convice me that it would be ok for her to give birth in Siberia but I have decided that is far better to do it in France, with home doctors where conditions were optimal. Of course it was planned that I attend labour of my first child and that my wife and child will join me in Siberia as soon as possible.” This is when trouble starts, Earvin says.

“Month before my wife needed to give birth I was in the board’s office once a week to tell my bosses that I will have to go to France. Still they didn’t wanted to let me go because of “Siberian Cup”! It’s the most unimportant competition in which players who play in World Cup Quals didn’t play at all. We were without our first setter and without possibility of winning. Then after couple of days my wife called me and said she is going to hospital. I was in taxi as soon as conversation was ended, going to Novosibirsk airport. Then my father called me and said that club canceled my flight!!! I was pretty upset as you can imagine.”

“After Siberian Cup I went to France for only day and a half instead for a week but, still I have decided to came back to Siberia. Then when I asked to see russian doctors to make sure my son will be ok when he comes here, nothing was done. Even asked for teammates to help me, but they said that it may not be a smart move for a newborn to come to Siberia. I was devastated, I knew for sure that I’m going to leave Kuzbass. It was not possible for me to be so far away from my wife and son for a whole season. That was not even part of the contract.”

“There was a regulation in contract which says that my treatments will be done in France because I didn’t want to be treated by Russian doctors who don’t want to tell you what they inject in your body. Still when I was injured in Paris during the qualification for World Cup, they forced me to go back.”

“So there you go my friends, you decide who was wrong, only thing I know is if they suspend me for 18 months I will come back better and stronger. Everyone who knows me, can say that I will give everything for shirt that is on my shoulders.”

Hope you understand me, Earvin.