Laurent Tillie has put 20 players on the preliminary roster for the European Olympic Qualifier. 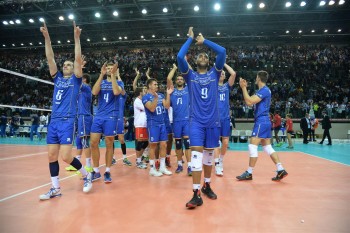 France had a fantastic year in which they won both the World League and the European Championship, but the most important tournament is just approaching. It’s the European Olympic Qualifier in Berlin where Les Bleus will try to win the precious Olympic ticket.

Head coach Laurent Tillie has put 20 players on the preliminary roster. There are no major changes in comparison to the previous squad… All the main players are still there.

Check out the full roster of France:

The European Olympic Qualifier is scheduled for January 5-9 and it will be held in Berlin.

Look at that save of Rouzier and...