What happens when you hire Heynen? Ten wins in a row in all competitions!

Decision from management of the French champions Tours Volley-Ball to appoint Vital Heynen as new head coach at beginning of December 2015 was a big hit. Since then, Tours haven’t suffer a single defeat in all competitions. 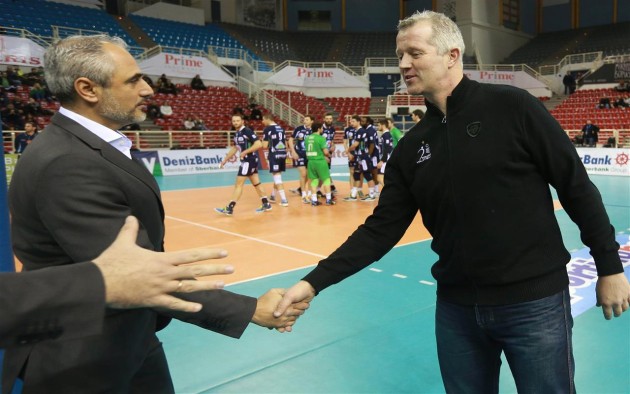 After Heynen took over Tours, they had poor start of the season, but since then achieved 10 wins in a row (seven in the French league and three in the CEV Champions League) securing their spot in the Playoffs 12 of elite European competition.

„Tonight we used a lot of players, we gave them a chance and they played a good game. We are very happy that we won and closed Pool C with a victory. The goal is to make it to the Final Four. Even if you’re not the strongest team on paper, you try to go as far as you can. We need some luck with a good draw on Thursday, we’ll see what’s coming out, but we’re looking forward to having a nice team to play against us,” former expert of Germany’s National Team stated after last night’s win against Greek title holders P.A.O.K. Thessaloniki.