GER W: Schwerin and Stuttgart face each other for title for 3rd straight season 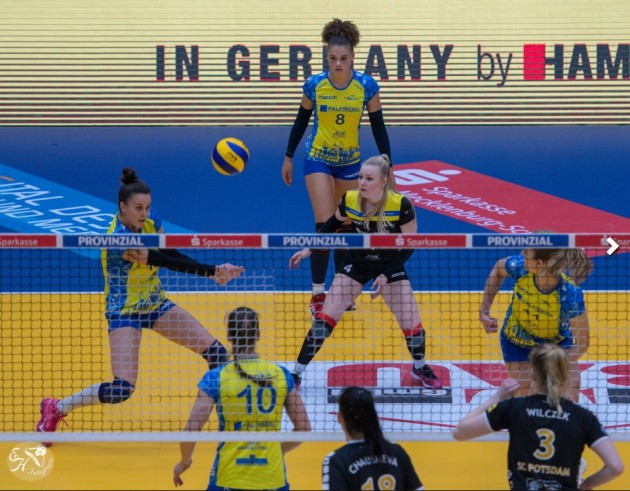 Two-time consecutive titleholders and also second seed SSC Palmberg Schwerin swept the 2018/19 1. Bundesliga Frauen semifinal series with the No.4 seed SC Potsdam to advance to their third straight playoff finals. Schwerin won each of the game in the series easier than the previous one – from 3-2, through 3-1, until 3-0 in Game 3 (29-27, 25-16, 25-18). The Croatian middle blocker, playing for the winning side, Beta Dumančić was named the MVP of the match.

The top seed Allianz MTV Stuttgart advanced to their fifth Bundesliga final in a row and will face Schwerin for the title third time in a row. Just like their rivals in the gold medal match-up, Stuttgart also did not suffer a single defeat in the semifinal series, prevailing in Game 3 against No.6 seed Ladies in black Aachen in straight sets. The American opposite hitter Krystal Rivers was the most prominent player in Stuttgart, also the only double-digit player in the team – 19 points. Maja Storck scored one point less for the Ladies in black.

Anderson: “Seven years in Kazan is a long time but it was a great time“