After the 18th Bundesliga round, Rote Raben Vilsbiburg is second in the standings thanks, to a win against the direct rival, Dresdner SC 3:2. Guillermo Gallardo commented the game. Liana Mesa Luaces and Lisa Izquierdo were the best players in the game. 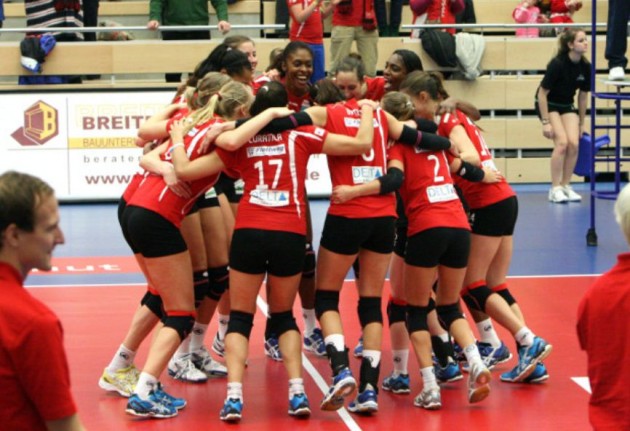 Dresdner SC started the game eager to win. They played excellent volleyball in the first two sets, not allowing Rote Raben to come near a win (25:19, 25:15).

During the break between the second and the third set Guillermo Gallardo did his duty: “I’ve seen some players who hung their heads. A defeat is acceptable, but not with such a body language. I expect my players that they never give up and always keep fighting. This sparked the fighting spirit” said the coach.

Rote Raben won the third set with no great problems 20:25. In the fourth in was a great battle which the guests managed to win 24:26.

“Dresden started with a lot of pressure, but from the 3rd set we have regained our strength, Dresden, however, lowered the gas” Gallardo said.

In the final set Rote Raben was in control the whole time. They were leading 3:8 and finished with 10:15.

Liana Mesa Luaces and Lisa Izquierdo were the best players in the game.