With around seven weeks to go before the all-important European qualification tournaments for the 2014 Men’s World Championship, the coach of the German national team Vital Heynan considered his team’s prospects. 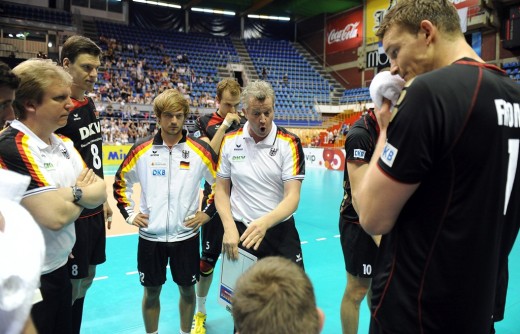 From January 3rd to 5th, 2014 Germany will face Croatia, Estonia and Turkey for their chance to secure one of the six spots still available to the European continent for the 2014 Volleyball Men’s World Championship scheduled to take place from September 3 to 21 next year in Poland. Germany, participated in the 2010 World Championships in Italy where they finished in eighth place.

“It is not easy, but if we do not win the group, we need to shut up,” said Heynan.

Only the winner of the tournament at the MHP arena in Ludwigsburg will secure their ticket to the World Championship in Poland.

There are nine spots available to Europe at next year’s World Championship event. Russia and Italy qualified through the 2013 CEV Men’s Volleyball European Championship that started on September 20 and ran until September 29. The five pool winners and the best second placed team from the third round of qualifiers from January’s tournaments will also qualify for the World Championships. Host county Poland fills the final spot.

The German national team will be working to a tight training schedule over the Christmas season in preparation for their important matches early next year. The team will train in Heidelberg and then in Belgium before the end of the year.

Heynen will draw largely on the squad which took part in the European Championship for the World Championship qualification tournament.

Vice President of the German Volleyball Federation, Walter Martin sized up the significance of the event saying,

“The World Cup qualifying is extremely important  for us. If we want the men to play in Rio, we must do our best to take part in the World Championship. Ludwigsburg offers us ideal conditions.”