VfB Friedrichshafen is in the semi-finals of the Bundesliga playoffs. 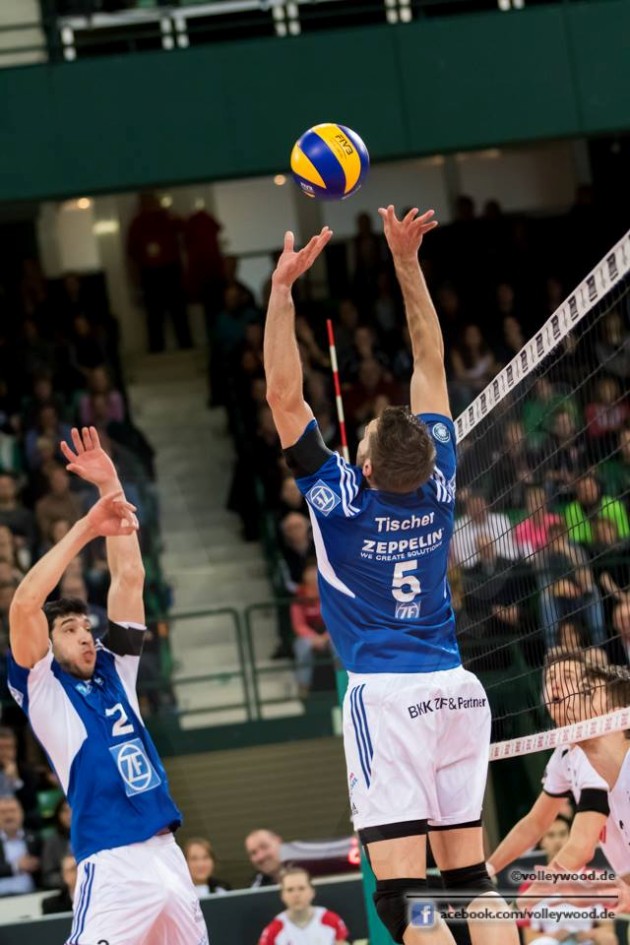 After the success in a home game last weekend, German vice champions also won the second quarter-final clash in the „best out of three“ series with 3-0 (25-16, 25-23, 25-16) against CV Mitteldeutschland.

Friedrichshafen players dominated in entire game, above all in the sets one and three, while they had slight problems in the second set.

The winning team had a great performance in blocking – won 18 points in this element!

Baptiste Geiler scored 14 in Friedrichshafen, Jan Król had 12 in Mitteldeutschland.

SVG Lüneburg equalized at 1-1 in the series against TV Ingersoll Bühl.

FRENCH CUP M: Third trophy in a row for Tours!