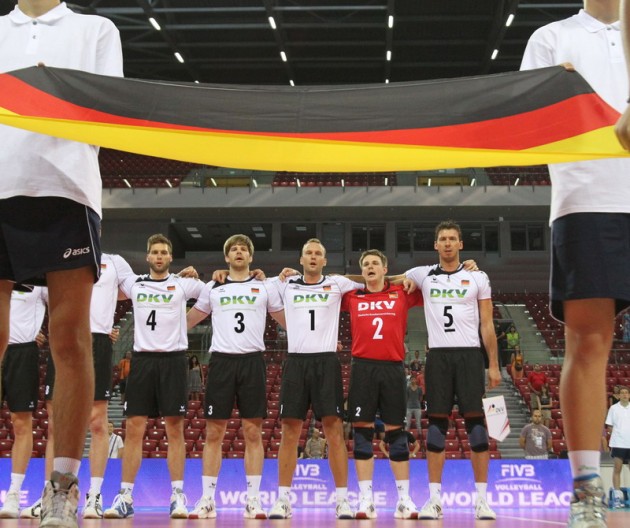 Their win means they top Pool D and extend their stay in Sofia, Bulgaria.

The first set began well for the Germans and by the first technical time out they held an 8-3 lead. They continued widening the gap as Georg Grozer and Marcus Boehme helped their side take a 1-0 lead.

Germany continued their rhythm into the second set with Grozer pushing on the serve and giving Portugal a hard time. Portugal continued to make unforced errors and, in the end, were their own worst enemies, gifting the set to Germany.

Marco Ferreira and Fillipe Pinto tried to do something for their team but there was no hope in the third against Grozer, Boehme and Schwarz as Germany marched on, sealing the third and final set easily.

Portugal are yet to score their first win, but the hope still remains as they prepare to take on Argentina in their final match.