World No. 1 the United States marched towards their third straight World Grand Prix title as they swept Cuba 3-0 here Saturday afternoon for their fourth win in a row at the 2012 FIVB Volleyball World Grand Prix Finals. 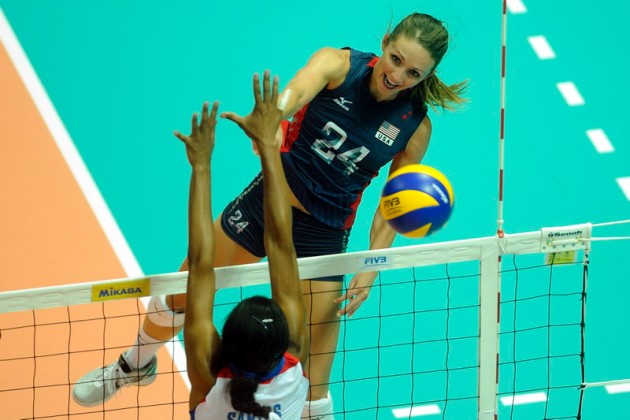 Megan Hodge and Kristin Richards each contributed 17 points in the Americans’ 13th consecutive victory in this year’s World Grand Prix connecting the preliminaries and the six-team final round. They will face the host China in the last round of round robin play Sunday evening.

Beijing Olympic champions Brazil also clinched a straight-sets win over Thailand to improve to a 3-1 win-loss record while the Thais slipped to 1-3.

In the last match of the day, World Grand Prix debutants Turkey rallied past China 3-1 for their third victory in four matches.

After four rounds of round robin play, the United States led the standings with 11 points and Brazil currently ranked second at 10, followed by Turkey (9), China (4), Thailand (2) and Cuba (0).