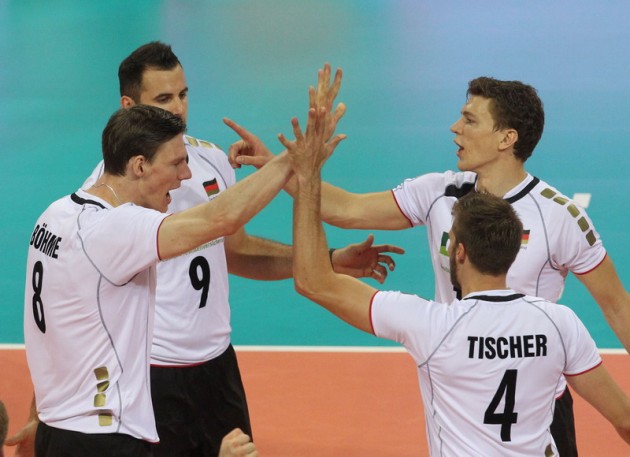 “We are happy with the victory,” Germany coach Vital Heynen declared. “It is really important for us that we made it to the Finals. Now we are looking forward to the final round.”

The result raised Germany’s record to 9-2 for 28 points. Second-placed Bulgaria beat Argentina 3-2 to raise their record to 8-3 and 21 points.

Only one spot remains to be decided for the Finals and that will go to USA or France. In Dallas on Saturday, France overcame the Americans 3-2 to give themselves a chance of going to Sofia. The result means both France and USA have 8-3 records, but USA are three points ahead of their rivals as three of France’s victories have come in five sets.

If France earn three points from their match against Korea on Sunday and the Americans earn none against Italy, France can steal the final spot in the Finals.