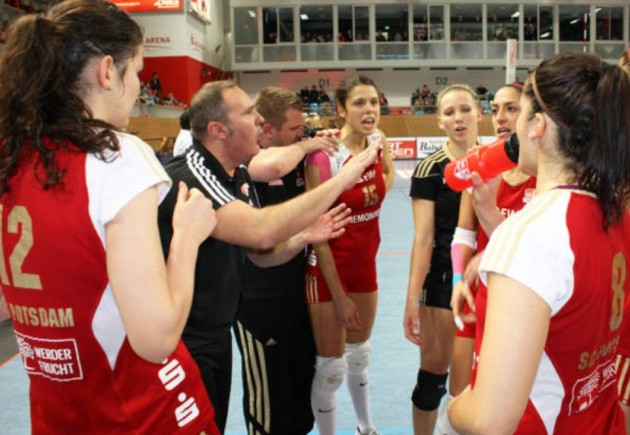 In the third set, Potsdam was down 17:21 before Salomoni put Nikolina Jelic in the game to serve. The 21-year-old showed impressive mental strength, turned the game around with a series of good serves and her team won 25:22.

It took Potsdam a total of 107 minutes to win in front of 900 spectators entertained in the MBS arena. Bernarda Cutuk didin’t play because of an injury.

“It speaks in volumes that we have made only nine errors in the last two sets. We were there when it really mattered. It was not a very good game for us, but this victory is incredibly important” summarized Salomoni.

The most valuable players were Lisa Ruhl and Laura Weihenmaier.

ARG M: Second defeat for Dennis and his companions

GER W: The playoffs started, all the...