GRE M: PAOK change coach in midst of playoffs and it pays off to them, Kifisias surprisingly go to semis 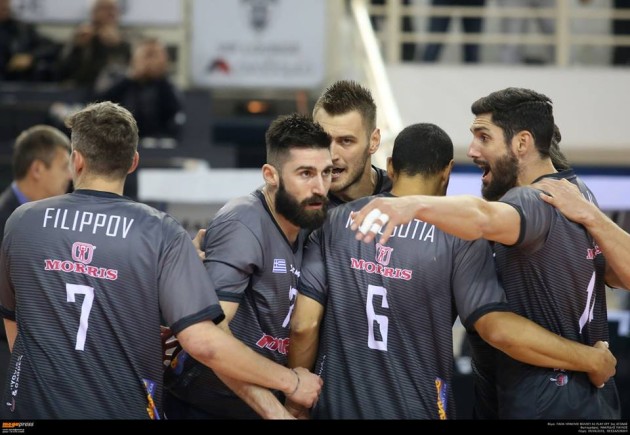 The second seed P.A.O.K. highly endangered its spot in the 2018/19 Volley League Pame Stoixima playoff quarterfinals by allowing No.7 seed Iraklis Volleyball 2015 to tie the series at 1-1, three days ago. This even forced the officials of the Thessaloniki powerhouse to make a change on its bench. P.A.O.K. replaced head coach Thanasis Psarras with one of the best Ukrainian experts at the moment, Yuri Filippov. He has won Ukrainian Championship and Cup eight times each from 2006 to 2016 and was at the helm of the country’s national team from 2006 to 2014. With Filippov giving instructions next to the court, P.A.O.K.  beat Iraklis by a 3-0 (25-16, 25-23, 25-19) in Game 3 and advanced to the semifinals in which they will face sixth seed A.O.P. Kifisias. The Dutchman Niels Klapwijk top-scored for P.A.O.K. with 16 points (four aces) while Serbian Aleksandar Okolić made six kill blocks. Russian Egor Popov scored 11 points for Iraklis.

No.6 seed A.O.P. Kifisias made the biggest upset of the playoff quarterfinals by eliminating third seed Panathinaikos A.O. Just like their next rivals in the playoffs P.A.O.K, the team from the Athens won the series by a 2-1 but after losing the opening encounter. Thanks to 18 points from Canadian Taylor Hunt and 80% positive reception from Giannis Roumeliotakis, Kifisias prevailed in Game 3 in four sets. Alexandros Raptis scored 23 points for Panathinaikos.

The top seed Olympiacos S.F.P. and No.4 seed A.O. Foinikas Syros qualified for the semis earlier as they both closed their series by a 2-0.

POL M: Resovia part ways with head coach, Cretu – “Probably they were not satisfied with my work”

GRE W: Chatzinikolaou back to Vrilissia after...