Lia Mitsi is playing professional volleyball again! Legend of Greek volleyball is 50 years old, but love towards her favorite sport is just too strong. 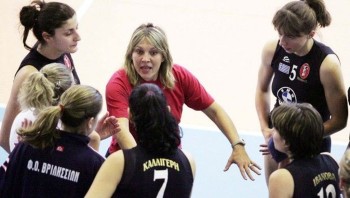 A week ago Mitsi accepted the proposal of St. Demetrius, and officially returned on court in last round against AO Thera in Greek A2 league.

But, she was out of luck, because she picked up an injury already in the first set.

Nevertheless, Mitsi stated that injury won’t stop her, and that she will play for St. Demetrius until the end of the season.