Coming off a disappointing loss against the Italians on opening day of the 2013 FIVB Volleyball Men’s World Grand Champions Cup, Russia looked for a better effort against host Japan. 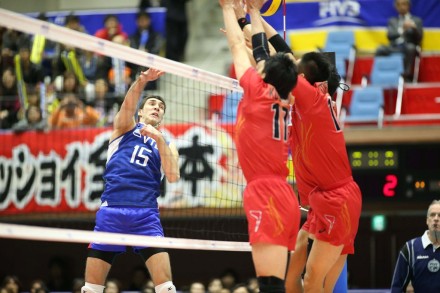 Historically, Russia has dominated head-to-head competition with Japan, winning 56 of 66 total contests. This match was no different, as the Russians made short work of the host Japan team, much to the disappointment of the fans in Kyoto Prefectural Gymnasium. They took the match in straight sets, winning 3–0 (25–16, 25–17, 25–18).

Russia was led by Dmitriy Ilinykh who scored 12 points in the victory, including three blocks. He was supported by Alexey Spiridonov with 10, who won the player of the match award. Leading all scorers was Kunihiro Shimizu, who scored 14 for Japan. Russia outblocked the host team by a count of 15 to 5.

Ana Bjelica – “I am used to trophies”