It was one of the craziest derbies in volleyball history. P.A.O.K. managed to defeat Olympiacos after taking the tiebreak, 27-25. 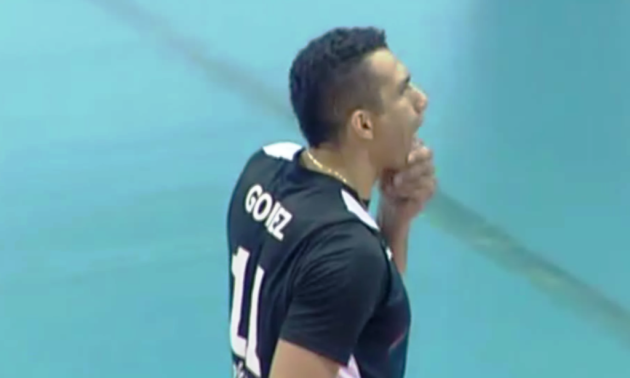 Away side had 2-0 lead and was close to take 3-0 win but Olympiacos managed to make come back in front of its fans!

They tied the score 2:2 and both sides were ready for battle in tiebreak. And, it was probably the most uncertain fifth set in history of Greek volleyball.

Olympiacos missed seven match points in tiebreak, while away side missed three and used the fourth match point!

Gomez was the man who blocked Clark and P.A.O.K. players started celebrating the win that will probably bring them a pole position!

The match between Olympiacos and P.A.O.K. was interrupted after two sets, because home fans were throwing objects at rival’s players. Then, after one of the best tiebreaks so far this season in the world, Oly’s fans were in a center of attention again!