Rolando Cepeda confirmed that he will be involved in Korean Championship tryout this summer. 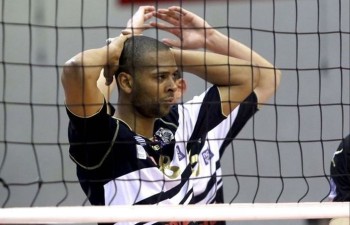 It was quite a season for Rolando Cepeda. In his first ever volleyball year away from home the Cuban star managed to take the national championship in Greece with PAOK Thessaloniki.

“There are no words to describe my feelings. I am delighted! This is the first major club trophy in my career and it’s really special to me. I said that I will not go home without a championship trophy and here it is. It’s the best possible season ending. Now, I will focus on my next obligations. I will be involved in the Korean Championship tryouts, while then I will join the Cuban national team. What will happen next? We will see. What is certain is that one day in the future I would love to once again play for PAOK in front of this incredible crowd,” said Cepeda for sentragoal.gr.

This source adds that PAOK might be interested to sign their former player Ernando Gomez, who spent the last season in Turkey. Recall that Gomez played for PAOK in 20114/15 season when the black and whites won their first ever national title.

ITA W: Robinson and Conegliano with no mercy – Another 3-0 win over Piacenza!

Great player. I wish he played in big deal leagues such as italian or russian