Cuba and Greece. Do you know what connects these two countries? Volleyball! 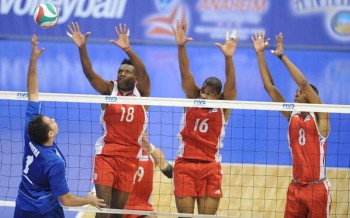 After Javier Jimenez and Rolando Cepeda opened the door of Greek volleyball for their countrymen by playing in PAOK, it is expected that more Cuban players will arrive in Greece this summer!

According to Greek media, two Cuban players will soon officially sign contracts with Panathinaikos! Their names are Osniel Lazaro Hernandez (19 years, 195 cm) and Dariel Albo Miranda (24 years, 201 cm). Both of them have played only for domestic clubs so far in their careers.

Panathinaikos obviously want to play an important role in the following season, so they decided to copy PAOK’s model – Bring Cuban players to win trophies. Recall that PAOK won the last two national titles in Greece.

ROAD TO RIO M: The biggest OUT at the World Olympic Qualifier (VIDEO)

ROAD TO RIO M: Live streaming from Tokyo, Round 7 (VIDEO)