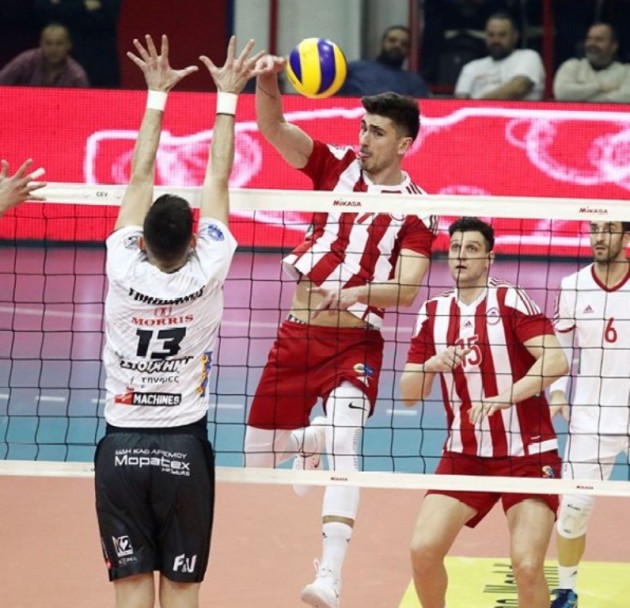 Olympiacos preserved their invincibility in Volleyleague Pame Stoixima even after 16 games! Their brutal winning streak was at a big test against fierce rivals PAOK from which Olympiacos emerged by suffering only superficial wounds – 3-1 (25-13, 24-26, 25-20, 25-18).

Olympiacos established domination from the start of the first set (6-0, 10-2) and closed it without problems. By limiting their errors, which they committed 15 more than the rivals in the match (33-18), PAOK tied at 1-1. Olympiacos made a 5-0 run at 4-4, paving their way to winning the third set. Olympiacos broke the resistance of PAOK at the middle of the fourth set by making a 6-0 run at 15-16.

Two PAOK players got injured during the match. The Belgian setter Matthias Valkiers left the court in the second set while Ioannis Takouridis did the same in the third set.

BUL M: Montana got stunned on the road against Hebar despite huge serving display of Russian teen Klests