Imoco Volley Conegliano are one win away from taking the championship crown! 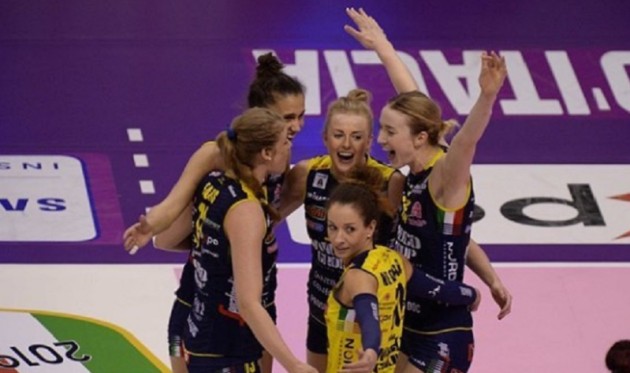 This second game can be described as a replay of the first game as Imoco won the game in straight sets again. We have to say that Novara gave much more resistance compared to the first game, but that was not enough.

Paola Egonu had a better display but she needs a support from the teammates if they want to stay in the race for the title. The Italian star has scored 19 points, while in the home team Myriam Sylla had 13 points, Kimberly Hill 12 and Samanta Fabris contributed with 11 points.

Imoco are very close to retaining the trophy. If they win just one game out of next three, they will take the championship crown again.

LOGRONO STILL RULE IN SPAIN: They are champions for the 7th time in a row