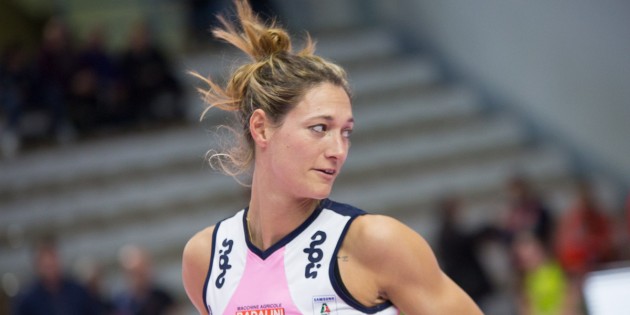 A 34-year-old middle blocker Arrighetti will compete for the place in Novara line-up with two players who renewed the deal earlier – Cristina Chirichella and Stefana Veljković. Arrighetti came to Novara from Èpiù Pomì Casalmaggiore but with a massive collection of trophies: she was a two time Champions League winner (with Zanetti Bergamo), two-time Italian Championship winner (once each with Zanetti Bergamo and Èpiù Pomì Casalmaggiore), one-time Italian Cup winner (Zanetti Bergamo), and a two-time Italian Super Cup winner (Zanetti Bergamo and Unet E-work Busto Arsizio). At the same time, Arrighetti claimed the CEV European Championship, FIVB World Cup and FIVB Grand Champions Cup, once each with Italy national team.

Di Iulio, who is also 34, arrived from the Turkish titleholders VakıfBank with whom she won the national title, spending half a season there. The outside hitter is a one-time Champions League, CEV Cup, Italian Championship, and Italian Cup winner with ASD Polisportiva Sirio. Di Iulio won the CEV Cup one more time (Robur Tiboni Urbino Volley, named MVP of the tournament) and Italian Super Cup three times (Volley Pesaro, Zanetti Bergamo, and Robur Tiboni Urbino Volley).

INTERVIEW: Sergiu Stefanescu – “We are very happy with our achievements this season”

POL M: After negotiating with Onico for a long time, Kurek decides not to extend