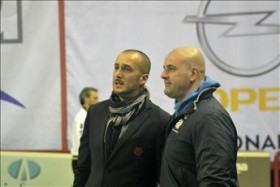 In the end, though, it had to surrender in Perugia in the cup quarter-finals.

Positive note, the numerous fans that came to Perugia and support the team.

“I came out of the arena with the smile on my face for two fundamental reasons – said team manager Gustinelli – The first is that we have a superb team, which can aim for the highest prize: the league title. Sunday’s game and the one played tonight are a testimony of this. Second reason to be satisfied is this incredible group of supporters filling the gym, children, mothers, elderly people, there was everything, and they never stopped pushing the team”.

Jovana Stevanović for WoV: We are in...