Luigi Mastrangelo wasn’t present in Ravenna, that will be a challenge for Roberto Piazza’s team, returning from three heavy defeats in the league and the Italian Cup. Marco Pistolesi justified his absence. WorldofVolley brings you the latest volleyball news. 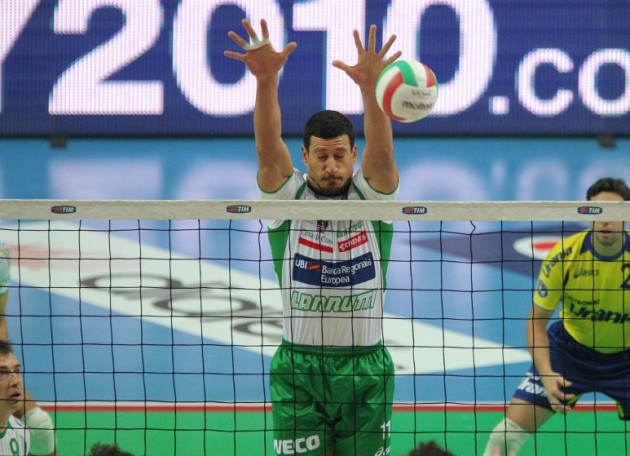 He didn’t specify, however, how and when he got this problem.  There are those, however, who suggest that the exclusion is the result of a disciplinary measure, because of an incident that took place Thursday afternoon during daily training.

The protagonists of the incident were Mastrangelo and Roberto Piazza. The coach had a heated reaction towards the player, not happy with the way he was training. It is said that Piazza, angry, threatened to leave the session and that only the intervention of Pistolesi restored the calmness within the group.

“It is not so,” minimizes Pistolesi. He adds: “I deny categorically that this happened. Sometimes the atmosphere is heated.”

The training didn’t go as Piazza wanted. He snapped at some point.

Organized supporters were protesting during the game against Castellana for the elimination from the Final Four of the Italian Cup and maybe that affected the atmosphere.