CEV CL F: Eczacibasi claims away win to set their eyes on Playoffs 6 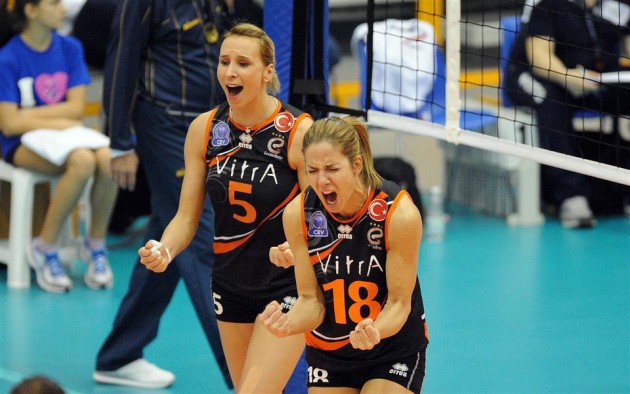 Eczacibasi started out strong with Neslihan Darnel standing out from the serving line (6:3); VILLA CORTESE needed some time to stabilize its defense line and eventually closed the gap leveling the score at 6 all. A real fight followed with VILLA CORTESE displaying some good play but their opponents from Turkey showed some great variations in offense to eventually pocket the opening set (25-23).

VILLA CORTESE responded very well in the second set by killing 7 blocks there and controlling the game to go for the provisional 1:1 (25-21). The third set was a real Volleyball show that Eczacibasi eventually ended with the score of 31-29 before clearly asserting its supremacy in the fourth (25-17) to claim a well-deserved 3:1 away win. Maja Poljak and Neslihan Darnel were the key players for Eczacibasi tonight in what was a very good match.

“It was very difficult to play tonight as we all felt the pressure that results from the knock-out stage of this competition” said Micelli after the game. “I think that we could make it through only because my players are very experienced and they always did the right thing at the right moment. Very small details can make the difference in this kind of matches. If this had been a match of the prelims, I think we would have brought it home more easily” he concludes.