The second round of the Italian men's volleyball Serie A 1 has been completed. 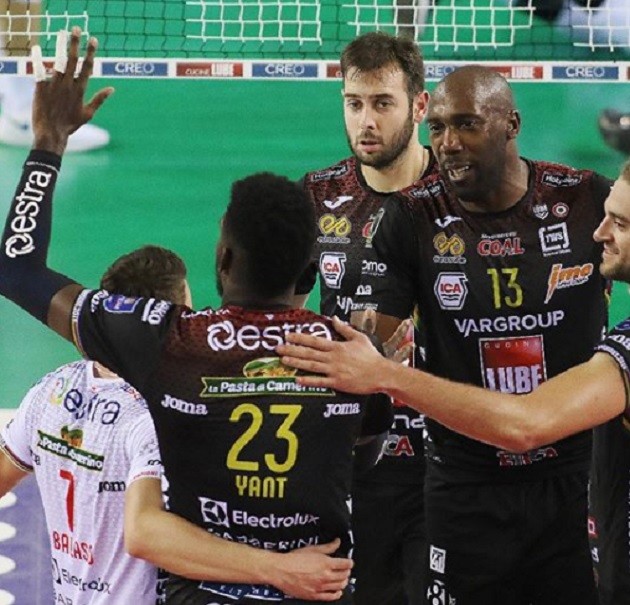 Lube Civitanova have scored the second victory in the SuperLega, playing a very difficult game against Ravenna.

Nimir Abdelaziz was the best scorer of the game but that didn’t help Trentino win at least a set, while Thomas Jaeschke had 14 points and Stephen Boyer added 12.

Wilfredo Leon and Oleh Plotnytskyi led Perugia to the win over Piacenza away 3-1. The Cuban-born player scored 19 points, while Oleh contributed with 16. In Piacenza, Georg Grozer and Aaron Russell had 13 points each.

After losing the game in the first round, Modena have scored a win in the second round, beating Vibo Valentia 3-0 (25-21, 28-26, 25-20). Moritz Karlitzek was the best scorer with 19 points, while Nemanja Petric contributed with 14 points. Aboubacar Drame ended the game with 16 points on the other side.

Milano have managed to keep the perfect record in these two rounds along with Perugia. They defeated Monza away in four sets… 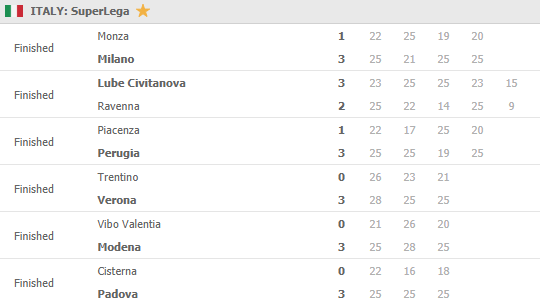 Osmany Juantorena wants to play as a setter? (VIDEO)