Marmi Lanza Verona hosts Altotevere San Giustino todat for the Serie A1 17th round game. Bruno Bagnoli and Andrea Sartoretti spoke for the press. Read the latest news from volleyball world on worldofvolley.com. 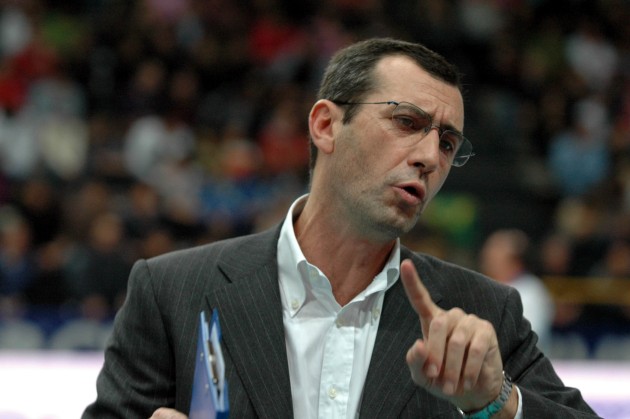 Bruno Bagnoli (coach Marmi Lanza Verona): “We’ve been preparing well for this game which will be like a final for us. Only Rak (knee) is doubtful, we need this win, but San Giustino is a balanced team with fighting spirit, they’re stronger than in our first meeting now they’ve added Maric. We’re calling on our superb fans to keep supporting us and creating a marvelous atmosphere”.

Andrea Sartoretti (Sport director Altotevere San Giustino): “Thanks to our superb victory in the derby, we have a good margin on the 11th position. Verona is a direct opponent for a playoffs spot. It’s a kind of in-or-out game for them, they will put us under pressure, and they have the means and players to make it hard for us. We’ll need to play as well as against Perugia, when we proved we made a step forward in the mental aspect. Verona will have everybody, our opponents have always had all their players available. I expect a much different game than the first meeting, they know we’re better than them right now, and ahead in the table, but they’ll be ready to play. We’ll have to keep believing in ourselves, you don’t beat the sixth in the table by chance, you need quality, character, and team play”.

ITA M: Salvatore Rossini – “This should be a top quality encounter”