CEV CL M: Cuneo is getting ready for the Champions League final four

This is the first time in history the Italians reach this stage of the competition, and to do so they need a golden set in the previous round to get rid of Macerata. This and other volleyball news read on Worldofvolley.com. 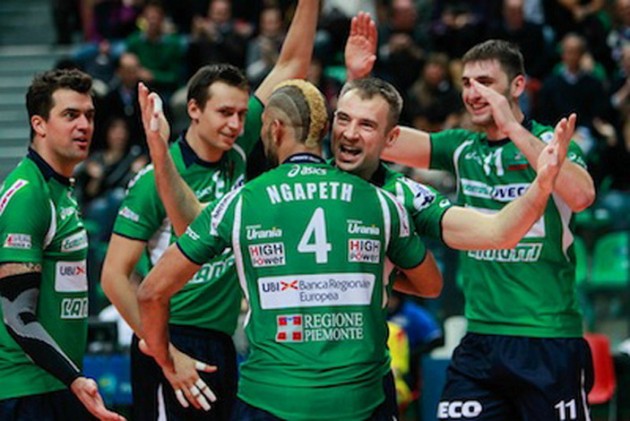 Roberto Piazza, (This is his full debut as head coach in a Champions League final four, he won the Cev Cup with Treviso in 2011). “This is a unique moment, and like in all special moments we’ll try to find that little extra to get above the others. Details will make the difference, few rallies. The Poles are an excellent team, this will be a difficult game. Their setter, Pawel Zagummy, played in the Italian league from 2000 to 2003 at Padova, the Brazilian spiker Luis Felipe Marques Fonteles played in Modena (2003-07) and the French Antonin Rouzier is the outside hitter of the French national team. It’s therefore easy to understand we’ll need our very best to make it to the final. I can’t see any clear favourite. The other semi-final puts face to face two extremely strong Russian teams. I think all the games are quite open to any result. Details will make the difference and especially the character. Technically and tactically, there’s not much to say, if a team got to this stage it is obvious they showed something more than the others”.

Andrea Marchisio: “I feel very fortunate to be part of the Cuneo roster and be in this Champions League final four. I think we deserve to be here, we’re extremely proud, this is Cuneo’s first time in history. I am the only local boy to go to Omsk, this is a great feeling to be able to play for the team of my city, in front of my parents and friends. I could not ask for more”.

Tsvetan Sokolov: “I am excited to play the Final Four, which is a special moment for the club, its first time in the final four ever. We’re all extremely satisfied and we’ll go there to give 100%. We’ll need to give it our very best. We can’t be happy just to have qualified, we have to go to Siberia to win”.

To read more news from this competition click on Champions League – Men.