Only one loss in the second half of season, Atripalda wants to keep dreaming and moving up the table as it faces Club Italia, 3-0 winners over Segrate last week which ended a 3-game losing streak. 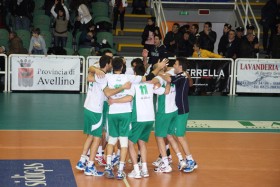