Dominant in the first half of season, but now third, Segrate wants to close the gap with the top two (Perugia, Castellana) and bounce back following the loss against Club Italia. Città di Castello slipped to fifth because of two consecutive losses that followed the victory over Castellana Grotte. 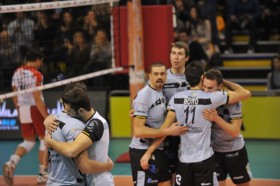