Italy defeated Cuba 3-0 in the first of two FIVB World League meetings between the two sides on Friday. Zaytsev was the match's top scorer with 12 points. The match started with two powerful aces from Ivan Zaytsev, but even though Cuba played well in patches, the European side looked more concentrated than their opponents. 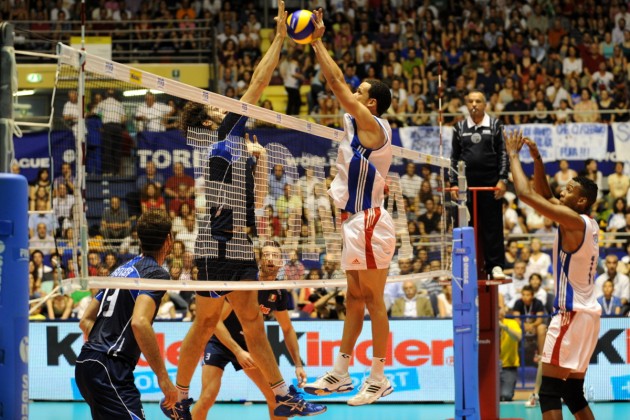 The match started with two powerful aces from Ivan Zaytsev, but even though Cuba played well in patches, the European side looked more concentrated than their opponents. Italy stretched into an 8-4 lead, and despite a mini-comeback from Cuba, they held on to take the set 25-20.

It was 8-4 Italy once again in the final set, and despite Cuba finally raising their game and getting back to 16-15, they could never quite get level. Despite fighting hard, Italy shut out the set 25-23 to win the match.

Zaytsev was the match’s top scorer with 12 points. It was a superb performance from the Europeans, and the stands of the PalaRuffini were packed with 5,000 spectators cheering coach Mauro Berruto‘s side.

The two sides meet in the same venue on Saturday at 19:00 GMT for the second of their World League fixtures.

Strength/Stretching Supersets – Get More Out of Your Workouts