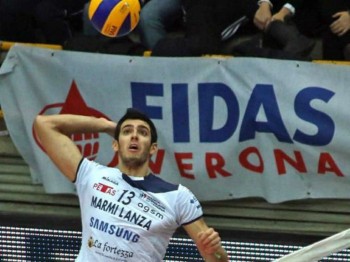 He finished last season in Marmi Lanza Verona with 21 games played and 140 scored points (including 14 in service and 15 in block) with 40% In attack.

“With Fedrizzi’s return I am particularly pleased  – said the Trentino president Diego Mosna -. In recent years he had the opportunity to make experience in Serie A2 and A1 valuable. I hope that he will contribute a lot to this squad.

The performance in  Verona  team,  recommended him to the coach Mauro Berruto. He will play on FIVB World League Final Six, in Mar de Plata.

To read more about him click on Michele Fedrizzi WoV Community profile.

PHOTO OF THE DAY: Can you imagine...