In Cuneo’s training camp base in Val di Susa, 18 year old Georgios Tzioumakas was presented as the new opposite. 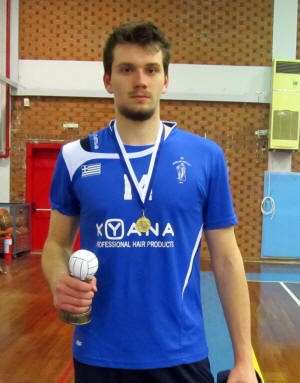 Super talented kid was Iraklis Thessaloniki star last season where he had a great season which recommended him to Cuneo. Italian side has so much fate in his abilities that they signed a three year contract with young opposite.

He was introduced to senior Iraklis squad at the age of 15(!) and since then showed that he has a great future in front of him. Unfortunately, regulations of Italian Federation says that he can’t be registered yet, but in spite of that, Tzioumakas will be part of first team squad.