Daniele Bagnoli (Casa Modena): "We’re not going through a good period, results are not coming our way e we’re not playing at the best of our ability for various reasons. We don’t even have a minimum of luck. Having said that, we have to stay composed, we can’t afford to make the mistake of overdoing it." 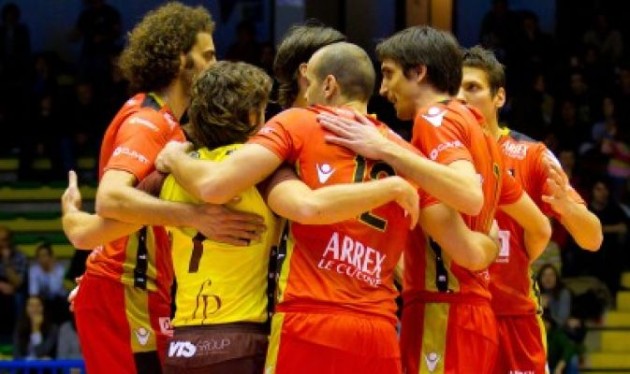 “The boys are working extremely hard and they’re focused. It’s obvious that we’d need a win to get us going. I am personally suffering as well for this situation. Modena is my city and I know how much the city, fans and club deserve victories. We can’t wait to bounce back and I think it’s the moment for everyone to be close to the team. Belluno? Probably the worse opponent we could have hoped for right now, they are in great form and they’re playing very well” adds Bagnoli.

Frantisek Ogurcak (Sisley Belluno): “We’re doing well right now, let’s not relax, though. We’ll have to fight in Modena to maintain this fourth place, which they are also chasing. A win could be a first step before finishing the regular season as well as possible. It won’t be easy to maintain our league position because we’ll be up against some of the most in-form teams of this league like Piacenza, Macerata and Trento. I think our recent improvement is due ton one factor: I managed to settle in the system of the team. I learned how things worked and now the hard work is paying off. But I’d like to keep getting better. Physically I feel fine and that obviously helps. The atmosphere will be electric there, and they’ll want to get back on track following their recent poor form. They have the quality to do so, they have excellent players, but we’re still hungry for more. Everybody is contributing to the results, one of Belluno’s secrete is the group, whoever is called upon comes on court and gives a hand”.