In the third match of the CEV DenizBank Champions League, RebecchiNMeccanica PIACENZA have celebrated second victory. This time they were better than Igtisadchi BAKU who suffered defeat in front of their spectators 1-3 (16-25, 18-25, 25-21, 20-25) 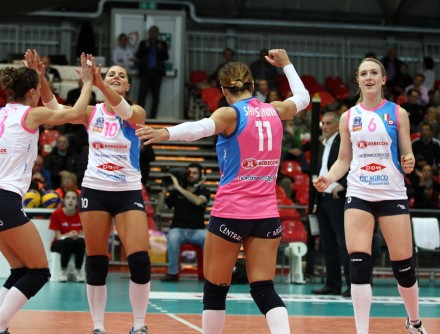 Until the end of the match Igtisadchi had its chance to make a break. But motivated the current champion of Italy did not allow surprise. After tied game they have finished four set 25-20. Interesting, during the match Piacenza made 13 blocks while home team only 5.

CL W: Voices from Sopot after big match with VakifBank