Marco Bonitta is back in action. He is the new head coach of Italian volleyball women’s team. 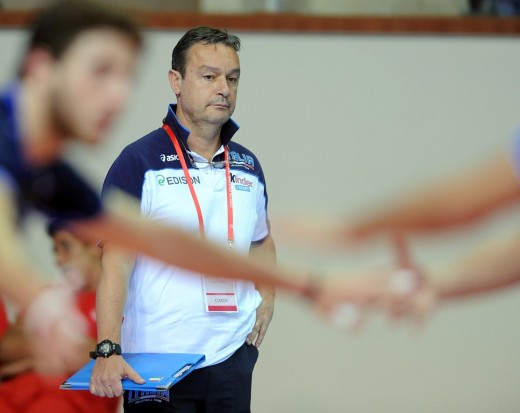 Bonitta, 50, was in charge of the women’s team from 2001 to 2006, recording 169 wins from 255 matches but most significantly, claiming the FIVB Volleyball Women’s World Championship in 2002 in Germany.

Six days out to the Drawing of Lots of the FIVB Volleyball Women’s World Championship Italy 2014, which will take place on Monday at 16:30 at the Farnese Theatre in Parma, Bonitta’s appointment marks the end of former junior women’s coach Marco Mencarelli, who was installed last year.

Bonitta, who coaches his Italian hometown club Ravenna, also won two silver medals when in charge of Italy at the European Championships in 2001 and 2005. After Italy, Bonitta went onto coach the Poland women’s national team where they finished ninth at the Beijing Olympics, a result which forced his resignation.

As coach of the Italian national junior men’s team in 2012, Bonitta went on to win the European Championships in Poland.